Pinten ( Dicliptera chinensis ) is the Indonesian forgotten vegetable plant. There are many native vegetable plants in Indonesia. But, many of them, nowadays is forgotten as vegetables. It seems that there are missing links among generations to maintain the information. Another factor could be the limited study of these plants.

According to Osche, Pinten is a Javanese local name for (Dicliptera chinensis), while for Sundanese people they called it Jukut Jampang.  For West Kalimantan people, they called it Muje.  People using the young shoot and stem as vegetables.  Peoples also recognize that Pinten also has medicinal benefits.  The knowledge was not only in Java island but also for peoples in the eastern part of Indonesia.

The Description of Pinten as Indonesian Forgotten Vegetable Plant

Pinten is an erect seasonal herbaceous plant. Their height is between 50 – 100 cm. The position of the leaves is opposite, with straight cystoliths. The length of the petiole is 1-4 cm. The leaves are oval, elliptical to oval. The length of the leaves is between 5-12 cm. The flowers are white and sometimes there are also pink ones. Additionally, In their natural habitat, they grow optimally in shady and humid areas.

This plant can grow optimal from the sea coast to high lands up to 1000 meters above sea level. In addition, Osche also reported that this plant is also found in eastern Indonesia. It is easy to find, especially in the undergrowth along the sides of roads and ditches. Often also grows under trees in the yard.

Medicinal benefit from some scientific reports

Mostly, the chemical content of Dicliptera chinensis is polysaccharides. Then, followed by organic acids, amino acids and other substances. In fact, its compounds have functions that can reduce fever, detoxify, cleanse the liver, and improve eyesight. Last but not least, the ingredients of this species are commonly called DCP (Dicliptera chinensis polysaccharide). DCP has been widely studied for its function as a useful herb for treatment.

Several studies also mention that DCP has anti-oxidant and anti-inflammatory activity. The results of another study also stated that this DCP can significantly relieve the symptoms of liver injury caused by carbon tetrachloride or D-galactosamine.

However, today people are more familiar with Pinten just as ordinary grass. No longer as a vegetable.  It seems, that Pinten becomes an Indonesian forgotten vegetable plant. Especially in Java Island.  But there is Pinten publication in one book, written by two lectures from Tanjungpura University.  They make the report about Pinten as traditional herbal candy.  Actually, for West Kalimantan people, Pinten is also popular as herbal tea.

always love to learn from nature.  Passionate on studying plants in some aspects: the DNA, Identification, propagation, and their uses

always love to learn from nature.  Passionate on studying plants in some aspects: the DNA, Identification, propagation, and their uses 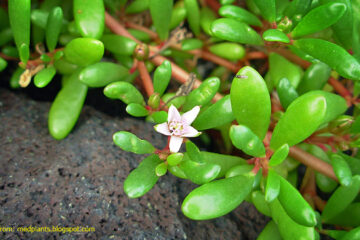 Survival is the state or fact of continuing to live or exist.  It can be caused by an accident, natural disaster, war, or other difficult circumstances.  the length of the survival condition is full of Read more… 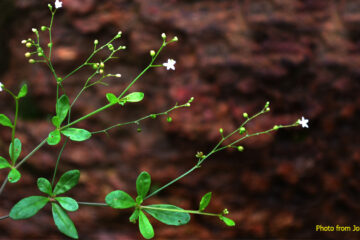 Indonesian indigenous vegetables referred to the plants that are commonly used as vegetables, but nowadays was unpopular anymore. There are many plants that today are simply known as grasses. But actually, the Indonesian people previously Read more… 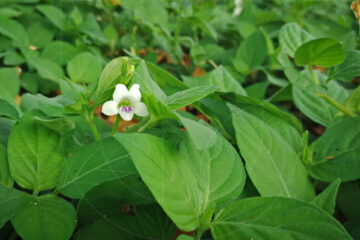 Rumput Israel is an indigenous treasure for vegetables.  Based on information from the world vegetable centre, they mention that Rumput Israel (Asystasia gangetica) is one of the promising vegetables for the world. It may come Read more…